Some people ARE illegal.

Both of these statements are false.

Manuela Azul has been crammed into an existence that feels too small for her. As an undocumented immigrant who’s on the run from her father’s Argentine crime-family, Manu is confined to a small apartment and a small life in Miami, Florida.

Until Manu’s protective bubble is shattered.

Her surrogate grandmother is attacked, lifelong lies are exposed, and her mother is arrested by ICE. Without a home, without answers, and finally without shackles, Manu investigates the only clue she has about her past–a mysterious “Z” emblem—which leads her to a secret world buried within our own. A world connected to her dead father and his criminal past. A world straight out of Argentine folklore, where the seventh consecutive daughter is born a bruja and the seventh consecutive son is a lobizón, a werewolf. A world where her unusual eyes allow her to belong.

As Manu uncovers her own story and traces her real heritage all the way back to a cursed city in Argentina, she learns it’s not just her U.S. residency that’s illegal. . . .it’s her entire existence.

Lobizona is a gripping and impactful book that will demand your entire attention for the very first page. With characters that develop flawlessly and a unique worldbuilding, it sends a message of the importance of family and friendship bonds and the need to break the binary rules that the world imposes on us –fantasy or not.

When I started this book, I feared the pace was going to be a negative factor. It has a slow beginning and throws you into the story without giving you many explanations, which can be confusing. But after hitting the 20% mark you the story finally kicks off and the pace improves significantly. After that, I didn’t have issues with the pace. On the contrary, the story flows smoothly, giving you lots of action but also peaceful moments that are very important on the development of the characters.

“I knew there was a revolution in you.”

Manu quickly became one of my favorite female protagonists. Her development through the story was amazing, going from being a lonely and lost girl, clueless about everything that surrounded her to become this empowered, fearless version of herself that would do everything to show the world she is not forbidden and her mere existence is not a crime. Even when the romance is not the main focus of the story I enjoyed to read her love story with Tiago, they were very sweet together and gave a pure, innocent vibe.

The side characters were all very great. Cata, Manu’s roommate in El Laberinto came off as rude at the beginning but proved to be more complex that she let on. Saysa was very sweet and overall a great friend. I loved Manu’s interactions with Tiago, as I already said, and all the other characters are a great complement to the plot. Even when there were many characters in the book it wasn’t confusing, and I loved to see Manu forging friendship bonds with the people from El Laberinto.

“Plant your new garden with the seeds of equality, water it with tolerance and empathy, and warm it with the temperate heat of truth.”

The worldbuilding takes the spotlight on this book. It’s unique, magical and immersive. The author built this magical realm called Lunaris and its people (the Septimus) with its own magical system, rules, careers and even sports. The descriptions transcend the page and take you into that fantastic world, and it’s like being at home somehow. The way everything is described gives this familiar, warm vibe and it’s a great world to escape to.

I’ve seen some people say that this book is “like Harry Potter but with wolves and witches”, and I respectfully disagree with that. Indeed, this book is influenced by Harry Potter and you can clearly see that as you read –Manu herself is a huge HP fan and constantly compares herself with Harry and his journey. There is also a magical school and yes, both Manu and Harry question what their identity really is and are forced into the spotlight for being different. But this book is so much more than that and, unlike Harry Potter, is very focused on defying the rules society imposes on people, also having a very powerful message on feminism and anti-xenophobia.

“They’re not ready for me yet. But they will be.”

The only complain I have with this book is that for non-Spanish speaking people it can become confusing. While most of the Spanish dialogue is translated or explained in English, there are parts that aren’t explained or translated and may confuse the reader. However, Spanish is my native language and I loved to read all the dialogues that were in Spanish, it made this book more personal to me. I loved to see the role Latinx literature played in this book, mentioning classics such as Cien Años de Soledad (One Hundred Years of Solitude). Books are Manu’s way to escape reality and it was a great addition to the story.

Lobizona defies the rules that are set for both Septimus and humans, as Manu is in danger in both of the worlds she belongs to. It sends an impactful message against misogyny and xenophobia, and it shows that no matter how fantastical the world, addressing issues like these is always important and necessary. Manu didn’t feel like she belonged anywhere, and it was very eye-opening to see her discovering that her mission maybe is not finding the place she belongs, but to create one on her own for herself and the people like her out there.

“But why settle for being a son of the system, when you can mother a movement?”

Overall, I loved this book and everything I learned because of it. It made me reflect on many things, but also had me on the edge of my seat, so invested in whatever these characters were going to do next. I highly suggest everyone to read Lobizona, because I promise it won’t leave you feeling indifferent.

Disclaimer: I received a free eARC of this book from the publisher in exchange for an honest review. All thoughts stated are my own.

That’s all for this post! Have you read Lobizona? Do you want to read it? Let’s talk in the comments!

View all posts by Cielo @ bellerosereads 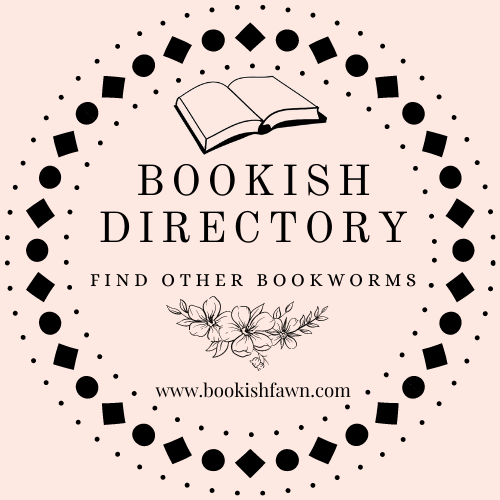